Three hundred and thirty people began working at Oneida Nation Enterprises the same year Cosmic Bingo was launched at Turning Stone –  that was five years ago.

Since then, Exit 33 opened – creating more than 100 jobs, Oneida
Nation opened its second casino, Yellow Brick Road in Chittenango, the Language Department launched an app titled “Oneida Basic,” free on the iTunes store and SavOn got a fun, fresh makeover.

The team that came aboard in 2011 was a vital part of this growth and success. Employees celebrating their five-year anniversary were honored at the Service Award luncheon, held annually at the resort. 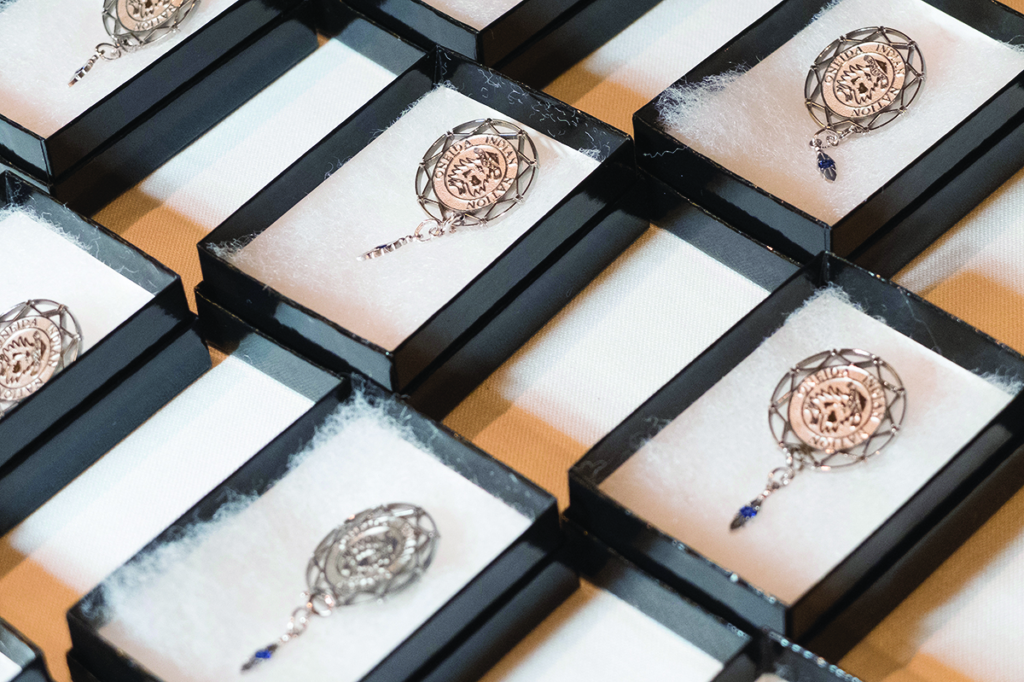