THE CLANS OF THE ONEIDA INDIAN NATION

Oneidas are a matrilineal society – clan and Nation Membership come from the mother. Each clan chooses representatives to the governing body, the Nation Council. According to tradition, male council members are responsible for daily decisions while Clan Mothers make long-term decisions. Tradition also requires Nation leaders and Members to consider the impact on the next seven generations when making decisions. The Nation is headed by a federally recognized Representative, that person is Ray Halbritter.

Turtle, Wolf or Bear – Nation members belong to one of three family clans. 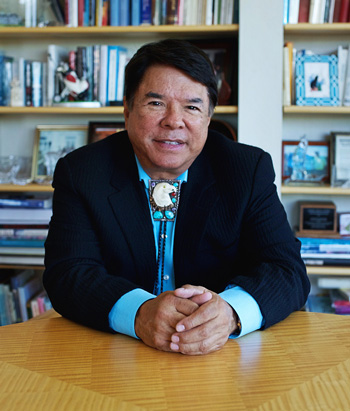 Ray Halbritter is the Representative of the Oneida Indian Nation and the Chief Executive Officer of its enterprises, leading the Oneida people to an economic and cultural renaissance that has been hailed as a national model of success.

Halbritter’s experience embodies the Oneida people’s larger resurgence over the last 30 years. The grandson of an Oneida leader and the son of a nurse, he lived in an impoverished community on the Oneida Indian Nation’s sacred homeland, and saw his family members die in an inferno neglected by local officials. He toiled as an ironworker to make ends meet, eventually getting into Syracuse University and then Harvard Law School.

Having deep roots in his Nation, Halbritter returned to Central New York to use his education to give back to his community, beginning the arduous process of building the first major enterprises on the Oneida homelands. With Halbritter at the helm, the Oneida Indian Nation became the first American Indian government in 1979 to offer gaming operations on sovereign land — one of many prescient moves that positioned the Oneida people to build what would become a world-class entertainment and gaming facility in the heart of the Northeast.

In the early years of the resurgence, Halbritter’s vision of major enterprises were at first derided by the local media as unrealistic – but through diligence, hard work and collaboration, he helped transform an empty cornfield into sustainable enterprises that have become an engine of jobs, shared prosperity and cultural resurgence for the Oneida people. In the process, he has forged historic pacts with the federal government to recognize the Oneidas for the first time in a century, and put more land under Oneida control than at any time since 1824. He has also forged historic agreements with governors of New York and county leaders to end age-old disputes and make sure the Oneida enterprises are working to guarantee prosperity both for today’s community, and for future generations to come.

Through it all, he has instilled in the Oneida’s business enterprises a sense of cultural investment, making sure that revenues are invested in health care, schools and services for Oneida members, as well as in institutions that will help protect the Oneida’s heritage. Those include endowing a Harvard professorship in American Indian law, supporting the Smithsonian Institution’s National Museum of the American Indian and becoming a founding donor to the Museum of the American Revolution. It also includes investing in the work of protecting Native Americans’ political rights, through support for the National Congress of American Indians and launching the “Change the Mascot” campaign that successfully fought to change the name of Washington D.C.’s NFL franchise.

Those businesses have earned national and international recognition and honors, including Four Diamond ratings from AAA for the resort’s luxury hotels and one of its restaurants; being named the Academy of Country Music’s Casino of the Year; and inclusion of all three of Turning Stone’s championship-caliber golf courses in Golfweek magazine’s list of Top 100 courses in the country, among multiple other golf awards. The Nation’s Atunyote Golf Course hosted the annual Notah Begay III Foundation Challenge charity event, which Tiger Woods won in 2009.

As a business and cultural leader, Halbritter has continued to give back to his community with the same enthusiasm that he brought to his people when he first began working to build Turning Stone. He has served as chairman of the Turning Stone Resort Championship and the Upstate New York Empowerment Fund, which raised hundreds of thousands of dollars for dozens of Central New York charities and civic groups over the history of the golf tournament. He is the former publisher of the award-winning Indian Country Today Media Network. He serves as the Chair of board of directors of the Environmental Media Association, Harvard Native American Law Board, Academy Museum of Motion Pictures, Montpelier Spring Water Company, Mohawk Valley Edge, the Hofmann Sausage Company and the Museum of the American Revolution. He is a member of the Recording Academy; the National Advisory Council for the American Indian Program at Cornell University; the National Congress of American Indians; and United South and Eastern Tribes. Halbritter is also Executive Producer of “RUMBLE: The Indians Who Rocked the World.” In 2012 Halbritter received the Mohawk Valley EDGE Leading Edge Award in recognition of the Oneida Indian Nation’s economic investment in the region. In 2018 he received the Native Voice Award from the National Congress of American Indians, recognizing him as one of the nation’s most distinguished leaders in Indian Country. He also received an Environmental Media Association Lifetime Achievement Award for his work in tribal advancement. 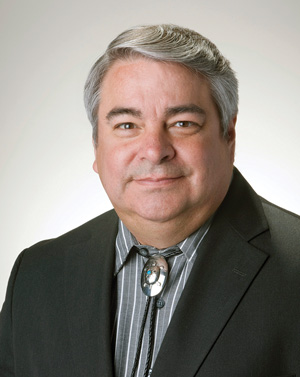 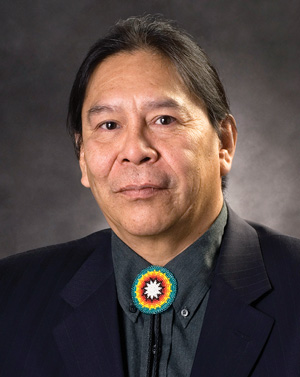 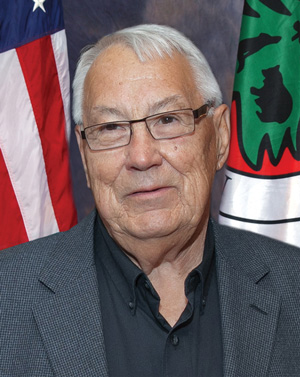 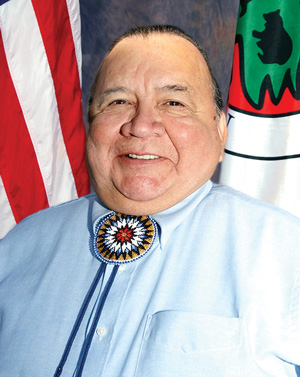 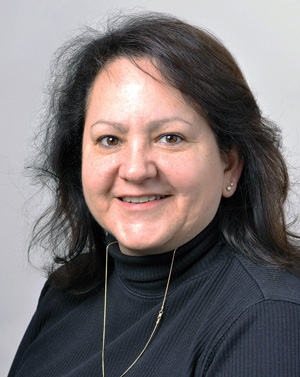 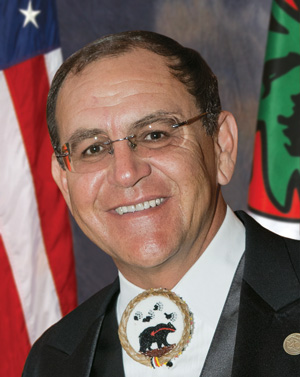 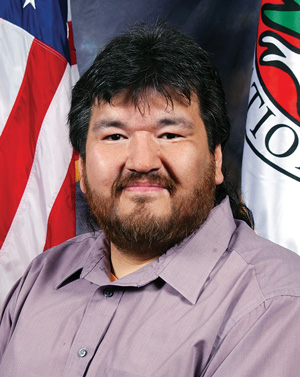 Nation members belong to one of three family clans – Turtle, Wolf or Bear.

Read about how clans were chosen.

Read about how clans were chosen

The sacred Oneida seal is full of imagery that carries significant meaning for the Nation. Each clan – Turtle, Wolf and Bear – is displayed in the tree of peace. An eagle sits on top of the tree as a protector with great vision to watch over all Nations to warn of impending danger.

The wampum belt symbolizes the six nations in the Haudenosaunee Confederacy. The wampum has the power to make a good mind. The tree of peace is said to be a great white pine, planted when the Peacemaker came to visit, bringing the good message of peace, power and righteousness to the Oneidas. Buried under the white roots spread in all four directions are the weapons of the Haudenosaunee, creating an everlasting peace.

Long ago the Peacemaker brought the message of peace, strength and unity to the Haudenosaunee. These principles continue to guide the mission, vision and decisions of today’s Oneida community.

In an earlier time, the Oneida, Mohawk, Seneca, Onondaga and Cayuga warred against each other. It was a period of great upheaval that continued until the arrival of the Peacemaker, who brought The Great Law of Peace, uniting the warring nations and forming the Haudenosaunee (Iroquois) Confederacy.

To emphasize the union that had been created between the five nations, the Peacemaker chose a white pine tree, whose height pierced the firmament and whose needles cluster in groups of five. The Peacemaker explained that as the white pine tree retains its color throughout the seasons, so too would the Great Peace forever hold sway over the Five Nations.

The white pine tree — the Tree of Peace — was pulled from the ground by its roots, the Great White Root, which had grown in the four directions, north, south, east and west. Into the resulting hollow were buried all the weapons of war.

And from this place, strong currents of water would carry the weapons away. An eagle was placed upon the top of the tree to see far into the distance and warn the Haudenosaunee of approaching danger.

“We have now completed our power so that we the Five Nations Confederacy shall in the future have one body, one mind, and one heart. If any evil should befall us in the future, we shall stand or fall united as one man.”

Read more about the Great Law’s influence on the U.S. Constitution and democracy:

Strength in unity
The preamble to the constitution
Haudenosaunee Impact Recognized by Congress
Fast Facts: Democracy and the Haudenosaunee
Liberty Trees & the Tree of Peace

Chief Justice Marshall of the United States Supreme Court recognized early in the 19th century that the relationship between Indian nations and the federal government is “unlike that of any other two people in existence.” This special relationship forged over centuries is not based on race, but on the inherent sovereignty of American Indian people who have made this continent their home well before European settlers first arrived. Unlike other countries in other parts of the world, the United States has forged a proud tradition of honoring those roots by recognizing indigenous peoples’ sovereign rights — both before and after the birth of the United States.

The history of recognizing American Indians’ sovereign rights goes back centuries. When Europeans first arrived in North America, they claimed sovereignty over both the land and the Native people they encountered, but they also recognized Native “right of occupancy” of American Indians’ sacred homelands. Realizing the need to cement relationships between their governments and the Native governments, the Europeans agreed to treaties with the Indian nations that declared friendship with Native people. In forging those pacts, the Europeans established permanent recognition of Indian nations’ inherent sovereignty.

When the new United States was formed, the nation’s new Constitution explicitly recognized Indian nations as sovereign entities, separate from the individual states. Because of those constitutional protections, state governments have virtually no authority over Indian affairs unless Congress expressly designates such authority. In a 1973 case, the Supreme Court affirmed these longstanding principles, noting that “the policy of leaving Indians free from state jurisdiction and control is deeply rooted in the Nation’s history.”

Today, Indian governments are considered self-determining political bodies that are accountable only to their members and the federal government – not to state or local governments. Although U.S. policies have seesawed dramatically over the past two centuries, every presidential administration since 1968 has supported the concepts of self-government and self-determination for Indian nations. The respect for – and recognition of – American Indian sovereignty continues to be a mark of distinction for a country whose pluralism, diversity and respect for minorities is a model for the world.

What is tribal sovereignty?

The U.S. Constitution recognizes Indian nations as distinct political bodies, separate from the individual states and from other foreign nations. To understand what tribal sovereignty means today, one must understand the historical relationship between Indian nations and other governments.

Indian people and nations often are treated differently under U.S. laws, but such treatment has nothing to do with racial classification. While Indians and non-Indians are different races, Congress and the courts have made clear that separate treatment of Indians is based on their status as separate political – not racial – groups.

Indian tribal governments, which existed long before Europeans arrived on the North American continent, have inherent sovereignty, meaning the authority to govern is not granted by another government, but by the consent of the people who are governed.

The text of the 1794 Treaty of Canandaigua states that the Oneida Indian Nation shall be secure in their lands forever, but the lands referred to are specified in a treaty the Oneidas signed with the State of New York in 1788. A book entitled Proceedings of the Commissioners of Indian Affairs, published in 1861, describes the boundaries of the Oneida Indian Nation reservation.

The federal government’s attitude toward American Indians has shifted dramatically over the past 220 years. Some policies proposed a peaceful co-existence with gradual assimilation of Indians into the Euro-American culture. Others aimed to step up the assimilation process with manual labor schools and allotment of tribal lands. Still others pushed separating Indians from European settlements.