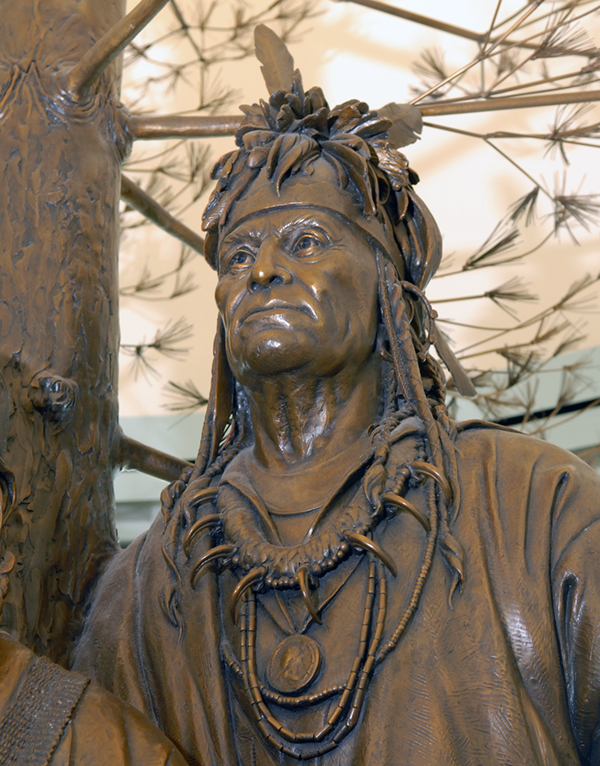 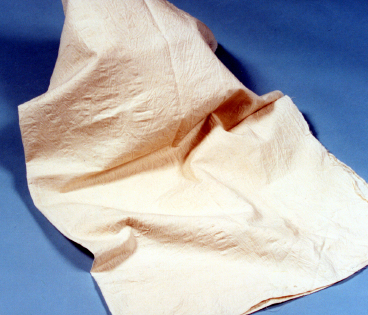 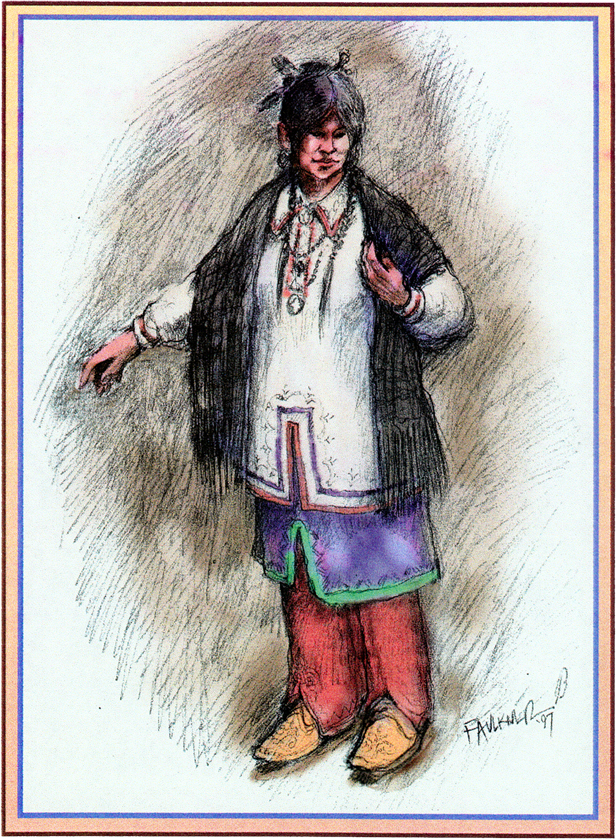 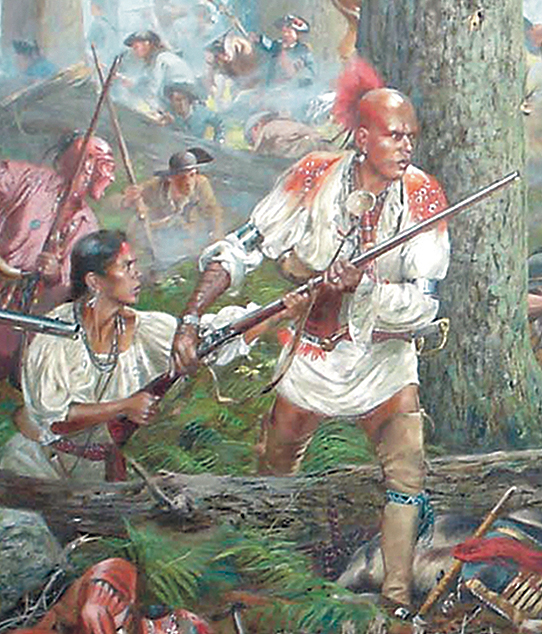 Born in 1724, Han Yerry (or Hanyery) would eventually ascend to the position of chief warrior of the Wolf Clan. Even as a young man, he was noted for his “exceptional courage and coolness in combat.” Circa 1750, he married Tyonajanegen, also known as Two Kettles Together. The couple lived in Oriska as part of the founding Oneidas of that village, raising three sons (Peter, Jacob and Cornelius) and a daughter (Dolly).