It is through the wisdom and foresight such as Chief Shenendoah’s that today’s Oneidas have sustained and prospered. The much celebrated chief was instrumental in the Oneidas’ choice to side with the colonists during the Revolutionary War and prevented a massacre of settlers in German Flats.

Shenendoah was a hero of the War for Independence, wampum keeper of the Nation and the inaugurator of government-to-government agreements. He was given the name of the “white man’s friend” by his fellow Indians. Shenendoah signed two treaties with the federal government. The first treaty, the Veteran’s Treaty, recognized the Oneidas’ sacrifices and their help during the Revolutionary War. The second was the 1794 Canandaigua Treaty which recognized Oneida sovereignty, land rights and tax freedoms.

In an era of mass communication and instantaneous news, it bodes well to pause and reflect back on the leaders of yore and their comparatively quiet command.

For in the lifespan of Chief Shenendoah (and his contemporary George Washington, whose birth is celebrated in February), no TV blared the Oneidas’ accord with the colonists, allying them with their cause against Britain. No Internet immediately told the tales of the bravery of Oneida warriors as they battled side by side with the patriots at Oriskany, at Saratoga, at Barren Hill. No radio broadcast hailed Shenendoah or George Washington’s signatures on the 1794 Treaty of Canandaigua, which recognized the sovereignty, land rights and tax freedoms of the nations of the Haudenosaunee Confederacy.

Unlike today when politicians bombard every medium of communication, promising imminent fixes for their constituents, Shenendoah (with other Oneida chiefs) made decisions based upon the seventh generation to come. Passing at 110 years old, he witnessed about six of those generations in his lifetime.

It is through sagacity such as Shenendoah’s that today’s Oneidas have sustained and prospered. For the decision to side with the United States was audacious and difficult, as the Oneida (and Tuscaroras) joined the colonists who would fight not only the British, but also the other members of the Haudenosaunee Confederacy.

Shenendoah was instrumental in the Oneidas’ choice to side with the colonists during the Revolutionary War and ranks high among the Nation’s most significant historical figures. Shenendoah was a hero of the War for Independence, wampum keeper of the Nation and the inaugurator of government-to-government agreements.

See also: The Museum of the American Revolution

According to Joseph T. Glatthaar and James Kirby Martin’s ”Forgotten Allies”: “… no one impressed continental officers and soldiers more than Skenandoah. Although into his eighth decade of life, he still possessed extraordinary physical skills. The continentals respected his military reputation and admired his vigor in scouting for enemy raiders. The chief’s powerful attachment to the rebel cause and to reformed Christianity, earned him … widespread praise among the patriots.”

His legacy reaches beyond the territories of the Nation. In 2002, Shenendoah was named to the Oneida County Historical Society’s Hall of Fame. ”Shenendoah is the legendary chief of the Oneida Indians, who did so much for the colonists,” said Donald White, chairman of the board of trustees for the historical society, at the induction ceremony.

Shenendoah, as the colonists, valued freedom. Again according to “Forgotten Allies”: ”Skenandoah with eight Oneidas explained: ‘We choose to regulate our Affairs and conduct our Concerns by the Rules and Maxims of our Ancestors, without being governed by the Laws of our Brothers, the White People.”’

And so it was, and remains, and is affirmed in the Treaty of Canandaigua. Shenendoah knew that which he signed and trusted the United States and George Washington, who once wrote of him: ”The Indian who accompanies Mr. Kirkland is an Oneida Chief of considerable Rank in his own Country… His Tribe has been very friendly to the Cause of the United Colonies…”

So it continues thus for today’s Oneida Indian Nation – defending said colonies, now states, in every war since their inception as one country – remaining true to the bonds and treaties as set forth by the mark of Shenendoah more than 200 years ago at Canandaigua.

New York Governor Daniel Tompkins gave a silver pipe to Shenendoah as a gift sometime between 1807 and 1810, when Shenendoah was nearly 100 years old. The gift symbolized the good will that existed between the two men. The pipe remained in the family of Shenendoah until purchased by a non-Indian collector in 1898. The pipe was repatriated by the Oneida Indian Nation several years ago and is part of the Nation’s archival collection.

In Oneida tradition, smoking tobacco in a pipe was closely associated with public business and diplomacy. Because of this connection, a pipe was deemed an appropriate gift to present during political discussions, sealing alliances. The engraving on the pipe’s bowl reads, “Presented by Governor Tompkins to Skenando…”

It is said that Shenendoah’s pipe meant a lot to the Oneida leader. In fact, he held it in his hands so often he wore out much of the inscription. This pipe is an important part of the Nation’s cultural inheritance. 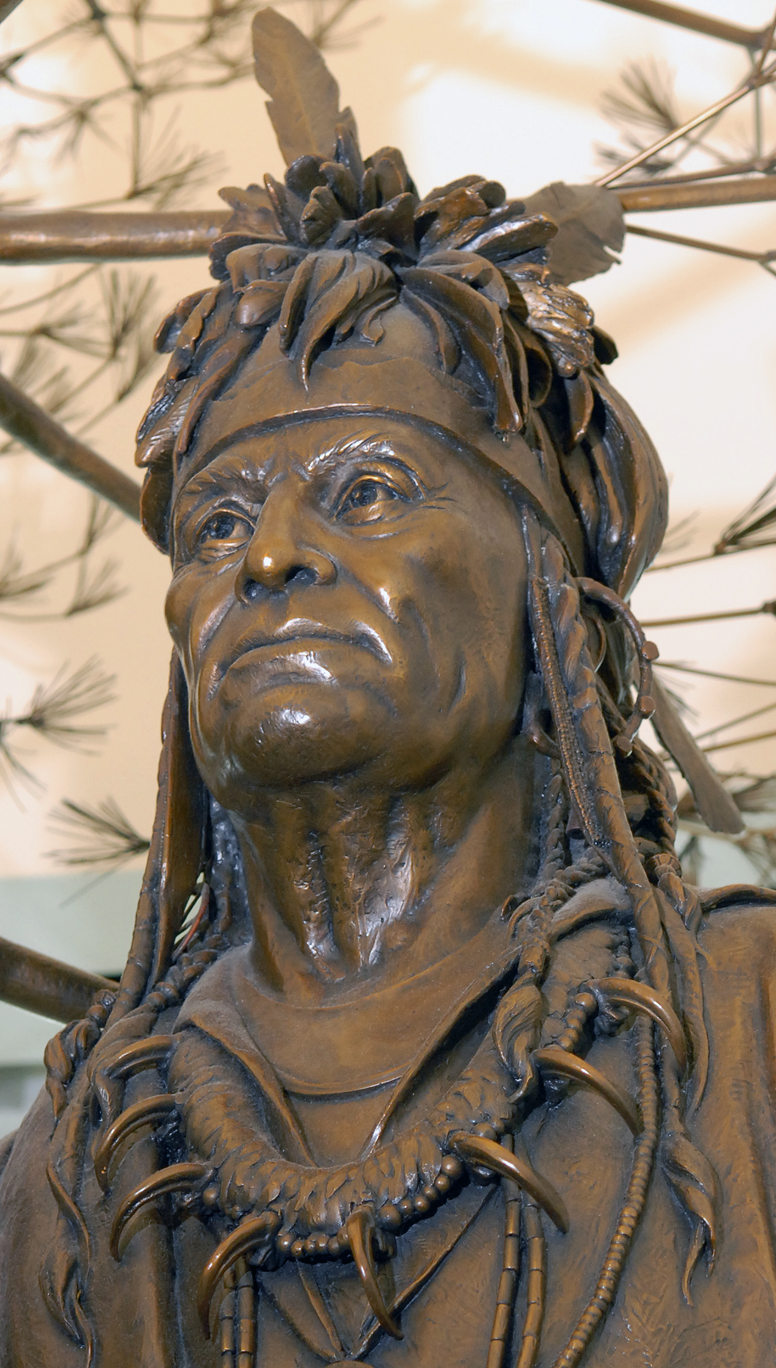 Click here to read “A 1912 Tribute to Chief Shenendoah” 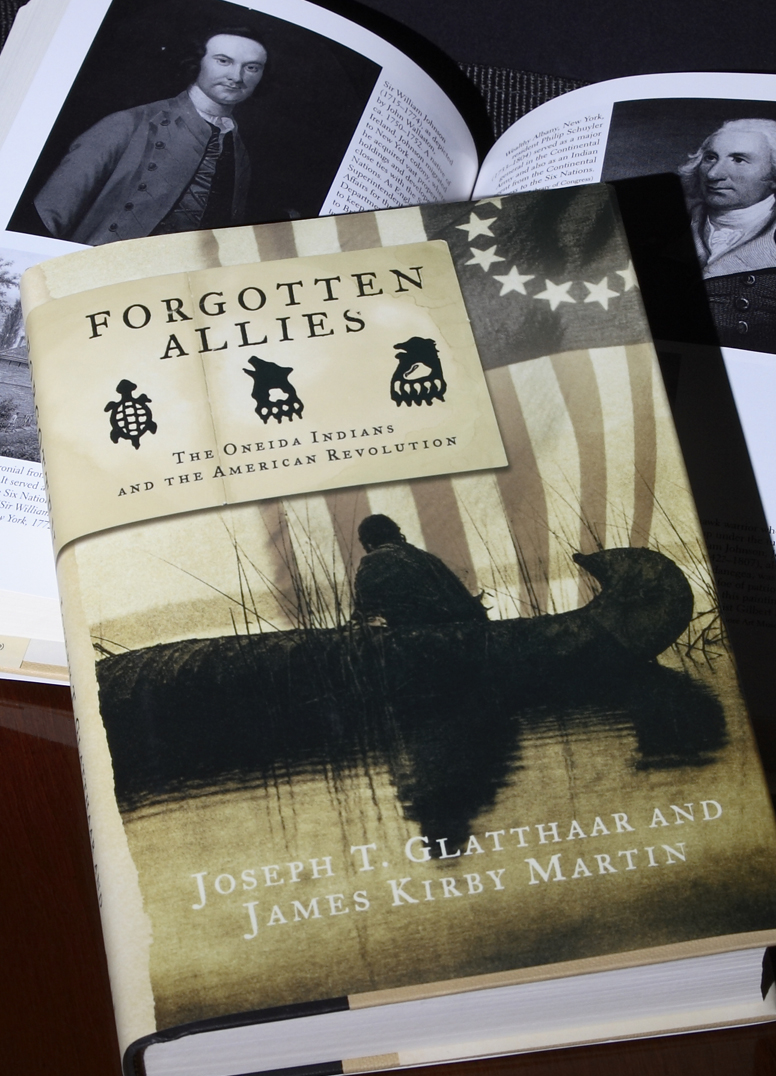 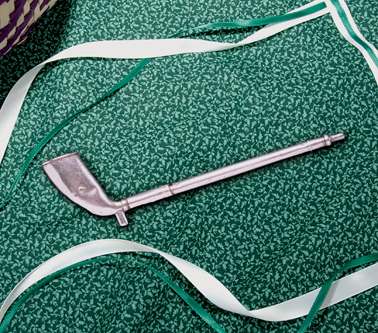