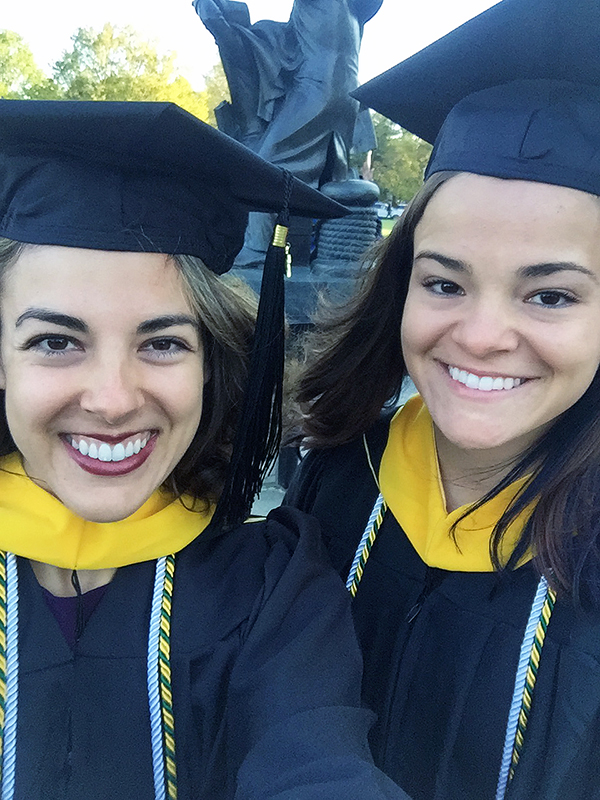 “It was the hardest decision I’ve ever had to make,” she said. “I was accepted to the University of North Dakota, but I received an admissions decision from Loma Linda last week. It took lots of prayer, but I know I’m on the right path.”

The intense admissions process took nearly a year from application to decision. Now, Kathryn will start her first semester in August. The first two years are similar to the undergraduate experience, she says, but with far more volume density. The final two years are focused on clinical rotations.

“I hope to come back home to serve our people,” Kathryn said. Previously, she had worked at the Oneida Indian Nation’s Health Services as a medical scribe for Dr. Ratnakumar Seelan Newton. “My time at Health Services was invaluable and reinforced my decision to apply to medical school. I wouldn’t trade it for anything. The whole team was encouraging and supportive through the whole process.”

“I will graduate with a Doctor of Veterinary Medicine,” she said excitedly. “I’ve always wanted to be a vet and it’s always been my goal.”

Kristen’s husband, David, will also be attending Iowa State to pursue a Master’s of Business Administration. They hope to move to a new place they’ve never been before, such as the pacific northwest, when they finish their studies.

“It’s a huge honor and I am extremely blessed to get the support that I will be getting through the scholarship program,” Kristen said. “I’m super excited to begin the last part of my education to become what I’ve always dreamed of becoming.”

Kathryn added that she hopes the next generation of Oneidas considers professional practice degrees.

“I hope this accomplishment will inspire and encourage our other Oneida youth to pursue a medicine or professional degree, and that it is possible,” she said. “Whatever you set your mind to, if determined and driven to get there, can be done!”

The Oneida Indian Nation Education Department’s Scholarship Program has helped many Nation Members on their career journeys. From certificate programs to advanced degrees, the Nation is committed to providing Members with financial peace of mind to focus on their studies.