$70 million in 2019 payments is the most since the 2013 settlement; Sylvan Beach to become a new tourist attraction with the addition of “The Lake House at Sylvan Beach,” an indoor/outdoor dining and gaming summer venue

In 2019, The Oneida Indian Nation generated more than $70 million in revenues for New York State, including $18 million to Oneida County. That far surpasses the $50 million that was projected upon the signing of the 2013 settlement between the Oneida Indian Nation, New York State and Central New York counties. In all, the settlement has generated $330 million for New York State — $100 million of which has gone directly to Oneida County. That revenue has helped the county both avoid raising taxes for 6 straight years, and also invest in public safety, education and economic development programs.

The growth in revenue has been driven by the Oneida Indian Nation’s consistent reinvestment in central New York — and the Nation’s investment in the region will expand with the new plan to assist in the redevelopment of Sylvan Beach. 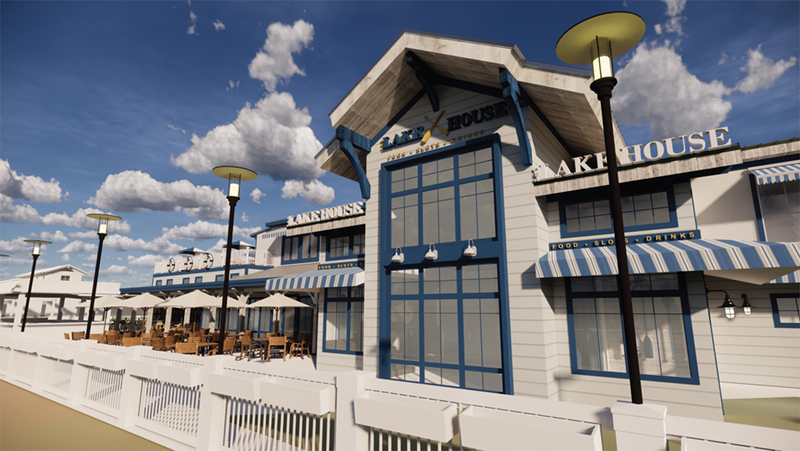 In May 2020, the Nation will be opening “The Lake House at Sylvan Beach” at the former site of DiCastro’s restaurant and event hall in Sylvan Beach. The new facility will open in May 2020, and will feature indoor/outdoor dining options and gaming on the premises. It is anticipated that the property will create 60 new jobs.

“When we signed the historic 2013 settlement, we knew that working together would pay big dividends for Central New York — and the revenues prove that we were right,” said Oneida Indian Nation Representative Ray Halbritter. “We are thrilled to be expanding on this success with the new Sylvan Beach project, which will continue to make Central New York a world-class tourist destination and support the local economy with new jobs and new public revenues.”

“The partnership between Oneida County and the Oneida Indian Nation is helping keep our county property taxes low and finance critical investments in our county,” Picente said. “The revenue figures and the new redevelopment plans make clear that this is a successful model that is driving tourism to the region, and building a bright future for Central New York.”

“We welcome the Oneida Indian Nation’s investment in our village and their assistance in helping us transform Sylvan Beach into a year-round tourist destination”, said Sylvan Beach Mayor Gregory Horan.  “It is always our top priority to develop new revenue streams which will help us maintain our tax base.”

The Oneida Indian Nation is a federally recognized Indian nation in Central New York. A founding member of the Haudenosaunee Confederacy (also known as the Six Nations or Iroquois Confederacy), the Oneida Indian Nation sided with the Americans in the Revolutionary War and was thanked by Congress and President George Washington for its loyalty and assistance. Today, the Oneida Indian Nation consists of about 1,000 enrolled Members, most of them living in Central New York. The Nation’s enterprises, which employ more than 4,750 people, include Turning Stone Resort Casino, Yellow Brick Road Casino, Point Place Casino, Maple Leaf Markets, SāvOn Convenience stores, RV Park and three marinas. Proceeds from these enterprises are used to rebuild the Nation’s economic base and provide essential services, including housing, health care, and education incentives and programs, to its Members.