The 65,000-square-foot complex will include a culture core inspired by the heritage and traditions of the Oneida people, as well as a field house for lacrosse games and cultural events, natatorium, gymnasium, fitness center, library, and spaces for language and cultural programming, education, and gatherings.

“When complete, the community center will be so much more than just impressive features. It will truly be the center of our Nation – an investment in the very heart of our community and a permanent representation of all the history and meaning that term encompasses,” Halbritter said. “Like all that we undertake, it will benefit not just those of us gathered here today, but our children, grandchildren, and great-grandchildren unto the Seventh Generation. Here, they will find a vibrant community and a place they may always call home.” 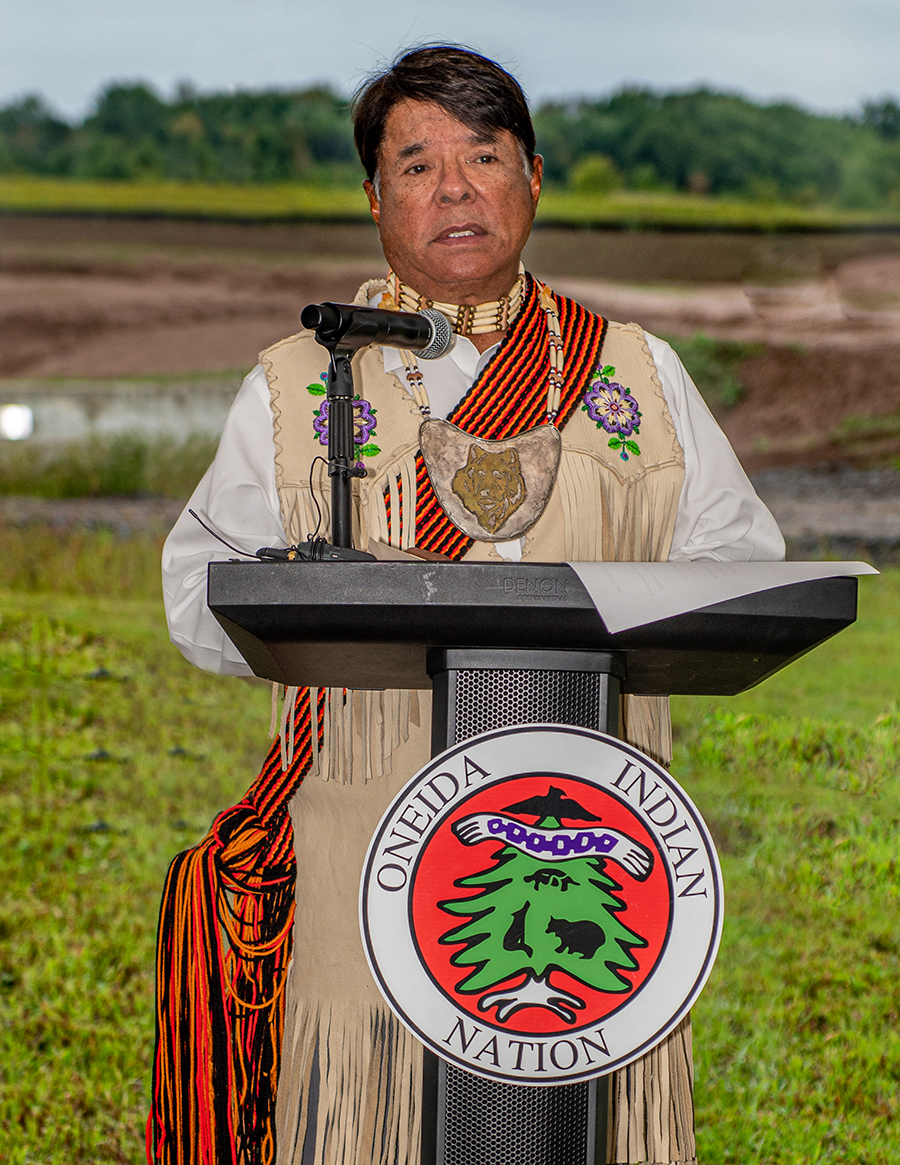 When complete, the 65,000-square-foot community center will be among the largest tribal centers of its kind in the United States. Its amenities will include:

The community center’s design will be infused with Oneida culture and traditions throughout. At the center’s entrance, broad wooden slats recreate the threading of a wampum belt, highlighting the important connections between people and Nations. The four elements are represented throughout the complex’s architecture, as are details that bring to mind the construction of a Haudenosaunee longhouse. In the community center’s culture core, a skylight in the shape of a feather and a stone floor with a snapping turtle shell pattern emphasize the Oneida Indian Nation’s connection to the earth and the Creator.

In addition to the construction of the new community center, the next phase of the Oneida Neighborhoods Project will also include additional housing for Nation Members. This fall, construction will begin to double elder housing and increase other available Member housing by 50 percent. Expanded housing will also be accompanied by new road infrastructure to accommodate this increase in residency.

While the Oneida Indian Nation community center has been designed to provide resources and amenities for Nation Members, it will also welcome Members of other tribal Nations and area residents.

The Oneida Indian Nation is a federally recognized Indian nation in Central New York. A founding member of the Haudenosaunee Confederacy (also known as the Six Nations or Iroquois Confederacy), the Oneida Indian Nation sided with the Americans in the Revolutionary War and was thanked by Congress and President George Washington for its loyalty and assistance. Today, the Oneida Nation consists of about 1,000 enrolled Members, most of them living in Central New York.