Set to open on February 12, the new Sandstone Hollow Inn is adjacent to the beautiful golf course of the same name. The property offers a prime location, modern facilities and affordable rates for guests to enjoy all that Turning Stone Resort Casino and the surrounding area have to offer. 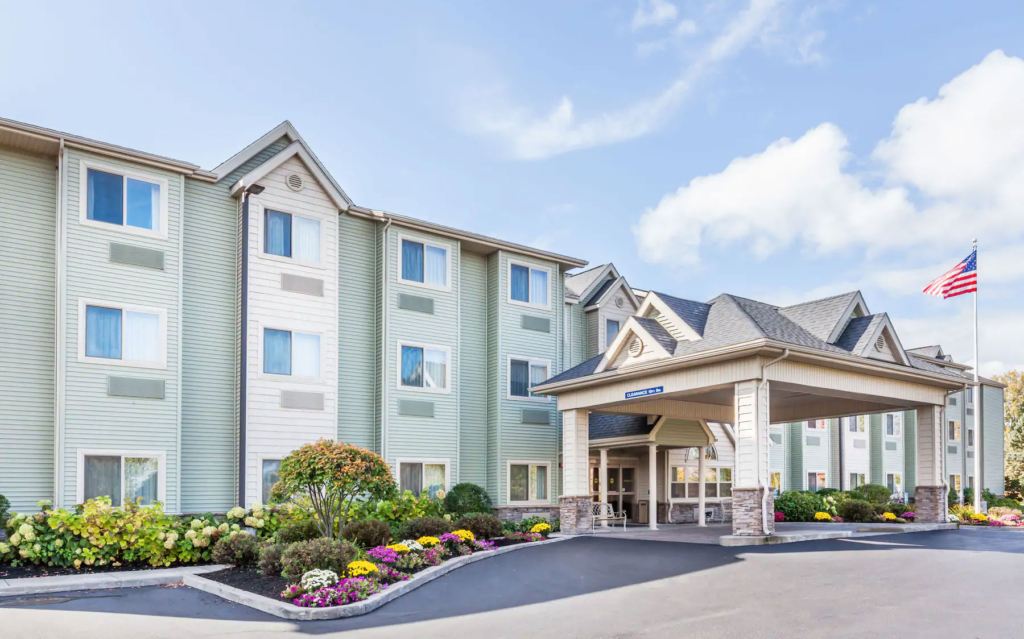 “The Oneida Indian Nation is making this investment to accommodate the public’s increased demand for Turning Stone,” said Oneida Indian Nation Representative and Oneida Nation Enterprises CEO Ray Halbritter. “This purchase will add much-needed additional accommodations for the growing number of visitors looking to enjoy the amenities at Turning Stone and people coming to visit the region.”

Drawing more than 4.5 million visitors from across the country to the area annually, Turning Stone Resort Casino has continued to serve as a catalyst for economic development in Central New York. The resort offers an internationally-acclaimed casino, award-winning spas and restaurants, five golf courses, a year-round indoor Sportsplex featuring golf and tennis, and more.

The majority of Microtel employees have been retained to work at the new hotel, and with the hotel’s occupancy to increase significantly after reopening, it will likely require additional staff to meet the demand.