Today the Oneida Indian Nation boasts a thriving community, with an award-winning health care facility, multiple housing options, education incentives, robust Elder care, a variety of job opportunities at diverse enterprises and more. But Council Member Chuck Fougnier (Wolf Clan) remembers a time when the Nation was scrambling to pull resources together to support its people, when only a handful of employees held the fledgling Nation enterprises together, and when differences in vision for the Oneida’s future caused conflict.

Chuck’s career has followed the Nation’s path toward renaissance from the beginning. He has worked for more than three decades to build the enterprises that fuel the programs and services for the Oneida People today, recently celebrating 35 years of service. He also has dedicated his time to making sure the Nation lives up to its tradition of hospitality and friendship with its neighbors.

After working for more than 25 years with Allied Chemical in Solvay, New York, in the 1980s Chuck joined a small group of Oneida Members determined to build a successful business model that would support the Oneida People by protecting their health and safety, strengthen their sovereignty and provide a better quality of life. The Nation would become the first American Indian government to offer gaming on its own land with the launch of Oneida Indian High Stakes Bingo on Territory Road in Oneida.

Chuck first worked security for the bingo hall in 1985 before later stepping in to manage the modest concession area. The jackpots may have been small, but the game was popular, requiring the staff to work long hours to keep up. The Nation’s first employees worked with no benefits – or even the guarantee of a paycheck.

Chuck also served as chairman of the Nation’s business committee, helping to create a vision of self-reliance and prosperity that would be challenged by Nation detractors. Political differences between Nation Members and interlopers led to chaos and confrontation, and the destruction of the bingo hall in 1988. Eventually, those who committed crimes against the Nation were brought to justice, and the Nation persevered.

Undeterred, the Nation built a small, drive-thru smoke shop out of a 4 x 8 tool shed next to the site of the destroyed bingo hall. The smoke shop had no electricity, running water or heat. The revenues generated from the smoke shop helped construct a new bingo hall that opened in 1990. (The shed stands today near the entrance to Territory Road; it is a reminder of how far the Nation has come.) Chuck was instrumental in securing loans to purchase lumber for the new bingo hall. The Nation had no line of credit and very little cash on hand, relying only on the trust of a handshake and faith in the promise of the Nation to pays its debts.

Thanks to their determination to overcome challenges, employees working for the Nation during its early enterprise history helped to generate the revenues which provided more jobs, more opportunities, more Nation enterprises, and ultimately, the opportunity for a better life for Members. With no blueprint for success, the Nation followed its own path forward.

“We know we had to carry on,” said Chuck when reflecting on the early challenges. “Now, thanks to our efforts, we can see all the great things we did for our future. We’ve accomplished a lot, but we’re still moving ahead.”

Moving ahead is what Chuck is always focused on. Not only as a Nation Council Member looking out for the future generations, a role he has served in since 1992, but also as chairman of the Oneida Nation Foundation.

Giving back to the community has long been a cherished value of the Oneida People, and Chuck remembers all too well the struggles the Nation faced trying to provide for the basic needs of its Members. This is what drives him in his dedication to the Foundation’s mission: supporting organizations that promote education, child and family advocacy, healthcare and other humanitarian needs both locally and throughout Indian Country.

“Our philosophy always has been to enhance the quality of life for the Haudenosaunee people, as well as for our Members and friends who live and work for the empowerment of American Indians on Turtle Island,” Chuck said. “The Foundation builds on our long and sacred tradition of sharing our resources with others. When we’re doing well, we want to share our resources with others and reinvest in the community that had faith in us when we were struggling.”

Personal Growth Serves as an Example to All

Chuck is no stranger to the benefits of good health and personal fitness. About ten years ago, not feeling his best, Chuck decided he needed to lose weight and get himself in better physical health. He set a personal goal to lose 100lbs. Chuck set out walking at least 7 miles a day, 4 days a week, eating healthy and staying active. With the same determination displayed throughout his career, and a little inspiration from his world powerlifting record-setting younger brother Ray Fougnier, he reached his goal within a few years and has maintained a healthy weight ever since. 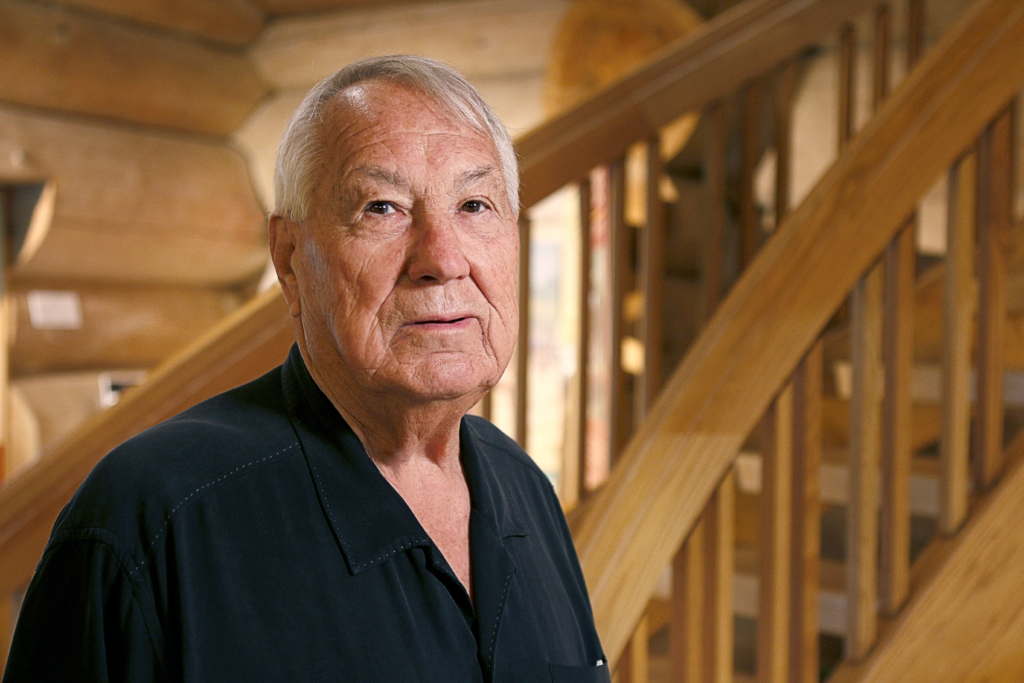 “I might not be achieving world records like my brother, but I accomplished my own goals and am feeling great,” said Chuck. “No matter what your age, you can achieve any goal you set for yourself – weight loss, earning a college degree, a career change, anything – through hard work and dedication.”

Chuck’s success both in his career and his personal life, are an example for others to follow in living the life the Creator intended.

The Nation has been able to overcome centuries of poverty and strife; Becoming a leader in Indian Country at improving the quality of life for its Members, one of the largest employers in Upstate New York with one of the largest economic impacts in the region, and a steadfast partner with the community. It was a hard struggle for a long time, but the commitment of its early employees, coupled with the determination of the Nation’s leadership, has helped lead to a rebirth of the Oneida People.