Did You Know? Albert Schanandoah, Inventor

Did You Know? Albert Schanandoah, Inventor

Much has been written of Chapman Schanandoah (Wolf Clan) including his patented invention of an explosive powder and his military service, but little is known of his brother Albert (Wolf Clan).

What we do know is their mother Mary, born in 1838, was the daughter of Margaret Charles and Peter Honyoust. Margaret’s mother was Katy (neé Cooper) Charles, the daughter of Polly Cooper, who Oneida tradition recounts as journeying to Valley Forge to help feed George Washington’s troop during the Revolutionary War. And Polly Cooper, it is believed, married a brother of Chief Shenendoah, who was instrumental in the Oneidas allying with the colonists during the War for Independence.

Albert’s father Abram Sconondoa (spellings vary over time, and family preference) was the son of Dan Sconondoa Sr., who is believed to be the great-great-nephew of Chief Shenandoah.

Albert was born on Dec. 25, 1867 and passed Jan. 12, 1934. The accompanying clip attests that Albert, like his brother Chapman, also had an inventive side. 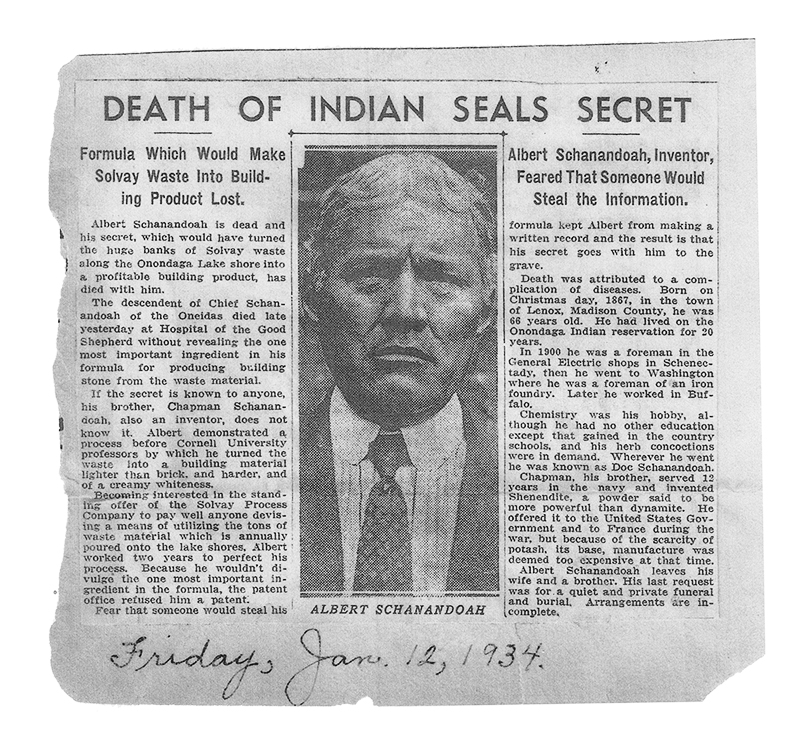