Oneida Indian Nation Representative Ray Halbritter, Major General Greg Anderson from Fort Drum and Vice Admiral Robert B. Murrett of the Maxwell School of Citizenship and Public Affairs at Syracuse University all shared remarks at the event about the special relationship between the Oneida Indian Nation and the United States Military and the service of local veterans. Additionally, more than a dozen elected officials from across Central New York attended the Veterans Recognition Event.

“Our region’s veterans and those who support them through active duty service, elected office, community organizations, and more, represent the very best of our country,” Halbritter said. “Together, we show that people from different backgrounds with different ways of life and different beliefs can come together and embrace the core values that define us – values that are greater than any factors that divide.”

Major General Anderson spoke about the Oneida Indian Nation’s legacy of supporting the U.S. military: “The Oneida Indian Nation continues to foster that tradition of honor and service in every one of our nation’s wars, proudly serving and fighting to protect our freedoms. In addition to their military contributions, they also support our veterans with food pantries, museums, history, donating cell phones to keep our uniformed service members in contact with their loved ones – all kinds of acts of service. We could not have better allies and friends than the Oneida Indian Nation.” 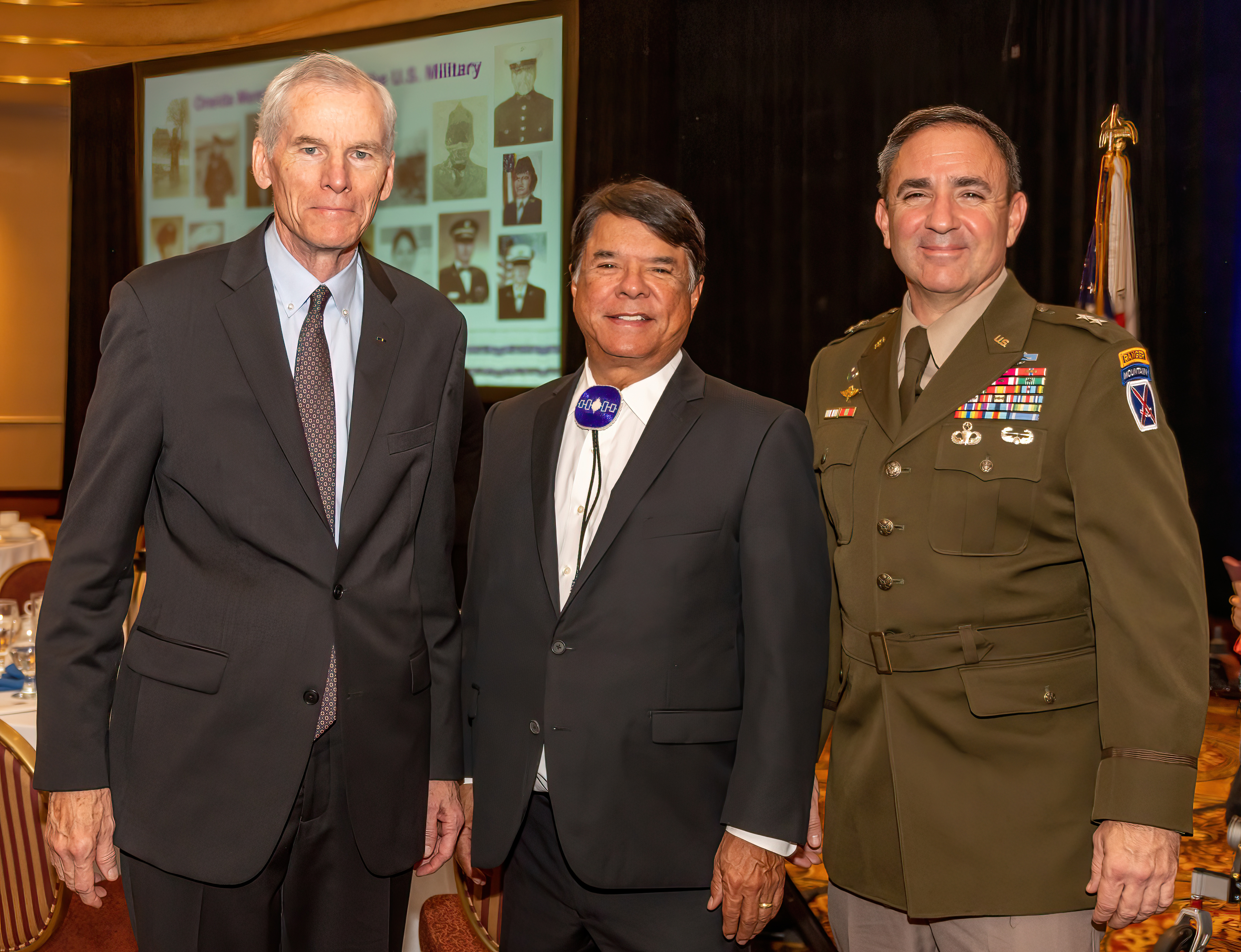 Murrett added, “As we approach Veterans Day, as well as celebrate Native American Heritage Month, it’s important we take time to reflect on the debt of thanks we owe our veterans and their families, and also be thankful for the contributions of the Oneida Indian Nation.”

At the event, Oneida Indian Nation Member Vaughn “Chip” Isaacs was recognized for his dedication and commitment to the United States.  Isaacs, a two-tour Vietnam Veteran, is the last living Oneida Indian Nation Member who served in the Vietnam War. Isaacs later was diagnosed with throat cancer, which eventually took his voice. Additional information about Isaac and his service can be found HERE. 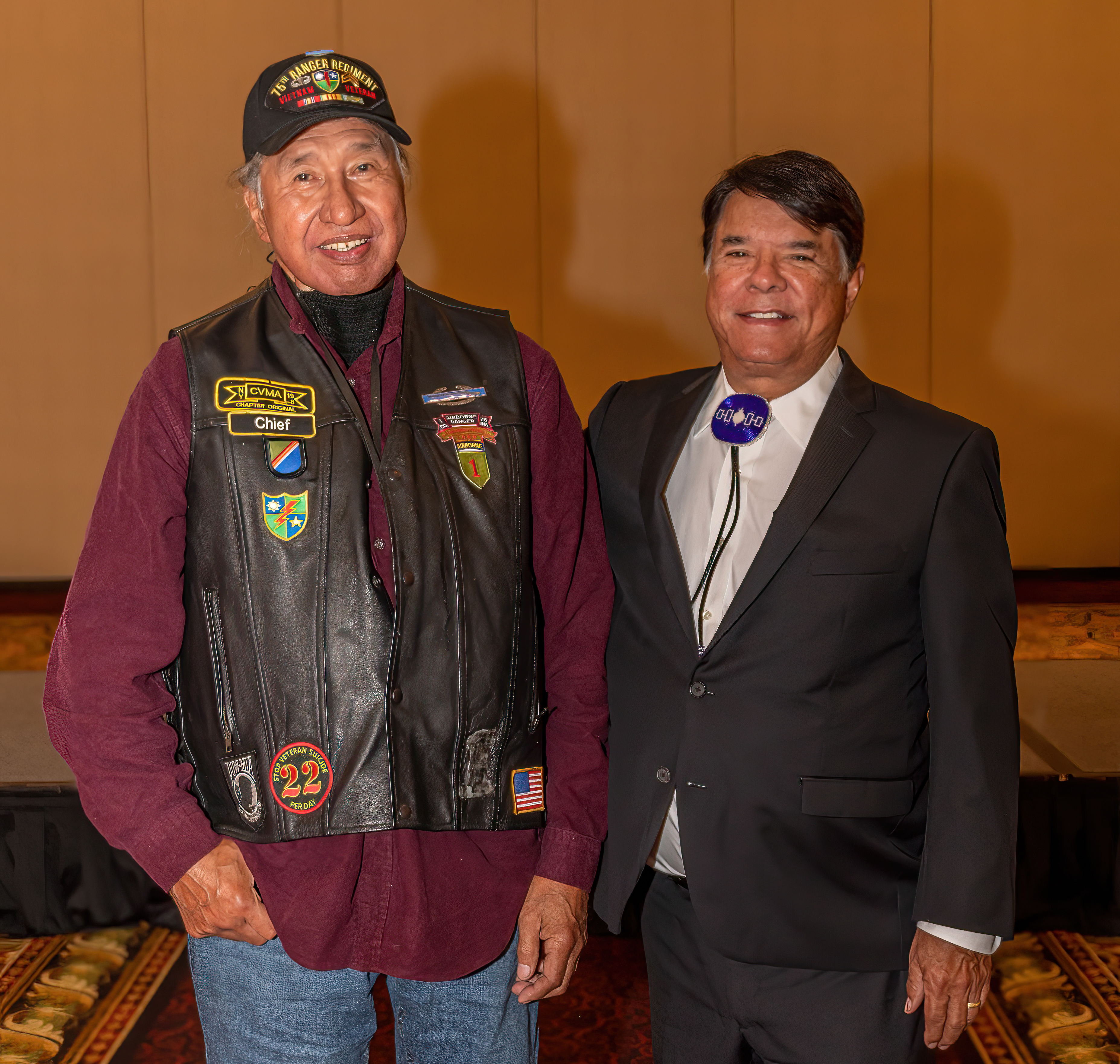 The Oneida Indian Nation also presented a donation to Feed Our Vets, a non-profit organization dedicated to providing fully-stocked food pantries for veterans.

The Oneida Indian Nation is a federally recognized Indian nation in Central New York. A founding member of the Haudenosaunee Confederacy (also known as the Six Nations or Iroquois Confederacy), the Oneida Indian Nation sided with the Americans in the Revolutionary War and was thanked by Congress and President George Washington for its loyalty and assistance. Today, the Oneida Nation consists of about 1,000 enrolled Members, most of them living in Central New York. The Nation’s enterprises, which employ more than 4,500 people, include Turning Stone Resort Casino, YBR Casino & Sports Book, Point Place Casino, The Lake House at Sylvan Beach, The Cove at Sylvan Beach, Maple Leaf Markets, SāvOn Convenience stores, RV Park, and marinas. Proceeds from these enterprises are used to rebuild the Nation’s economic base and provide essential services, including housing, health care, and education incentives and programs, to its Members.