The Passage of Peace, a cultural art installation created by the Oneida Indian Nation, will once again share a message of peace with Upstate New York communities throughout the holiday season with a beautiful display of illuminated teepees. This year’s installation also seeks to raise awareness around the harm caused by boarding schools to Native Americans and recent bipartisan legislative efforts to establish a commission that will address their generational impact.

Oneida Indian Nation Homelands (November 21, 2022) – Returning for 2022 and in conjunction with Native American Heritage Month, the Oneida Indian Nation’s Passage of Peace will once again share a message of peace with the Upstate New York region with a beautiful display of illuminated teepees. Continuing the Nation’s commitment to fostering dialogue around important issues affecting Indian Country, this year’s cultural art installation also seeks to draw attention to the generational harm inflicted on Native people across the country by Indian boarding schools, as well as foster support for recent bipartisan efforts to establish a federal commission to address this far-reaching harm.

The Passage of Peace installation is comprised of the following elements:

While the Haudenosaunee people did not historically make their homes in teepees, the Passage of Peace utilizes these traditional dwellings as a powerful, instantly recognizable symbol of Native American identity. Its illuminated teepees reflect the shared sense of purpose and spirituality among all who claim this identity and the need to shed light on the issues that affect them.

“The Passage of Peace allows us to share a message of peace with all who visit our ancestral homelands while raising awareness about important issues like the long-lasting negative impact of boarding schools on Native people,” said Ray Halbritter, Oneida Indian Nation Representative. “These schools left an indelible imprint on the Oneida Indian Nation and all Native people, and they are not a distant memory for us. Survivors live among our communities and the trauma they endured echoes through families. We hope that the Passage of Peace will help raise awareness about this tragic history.” 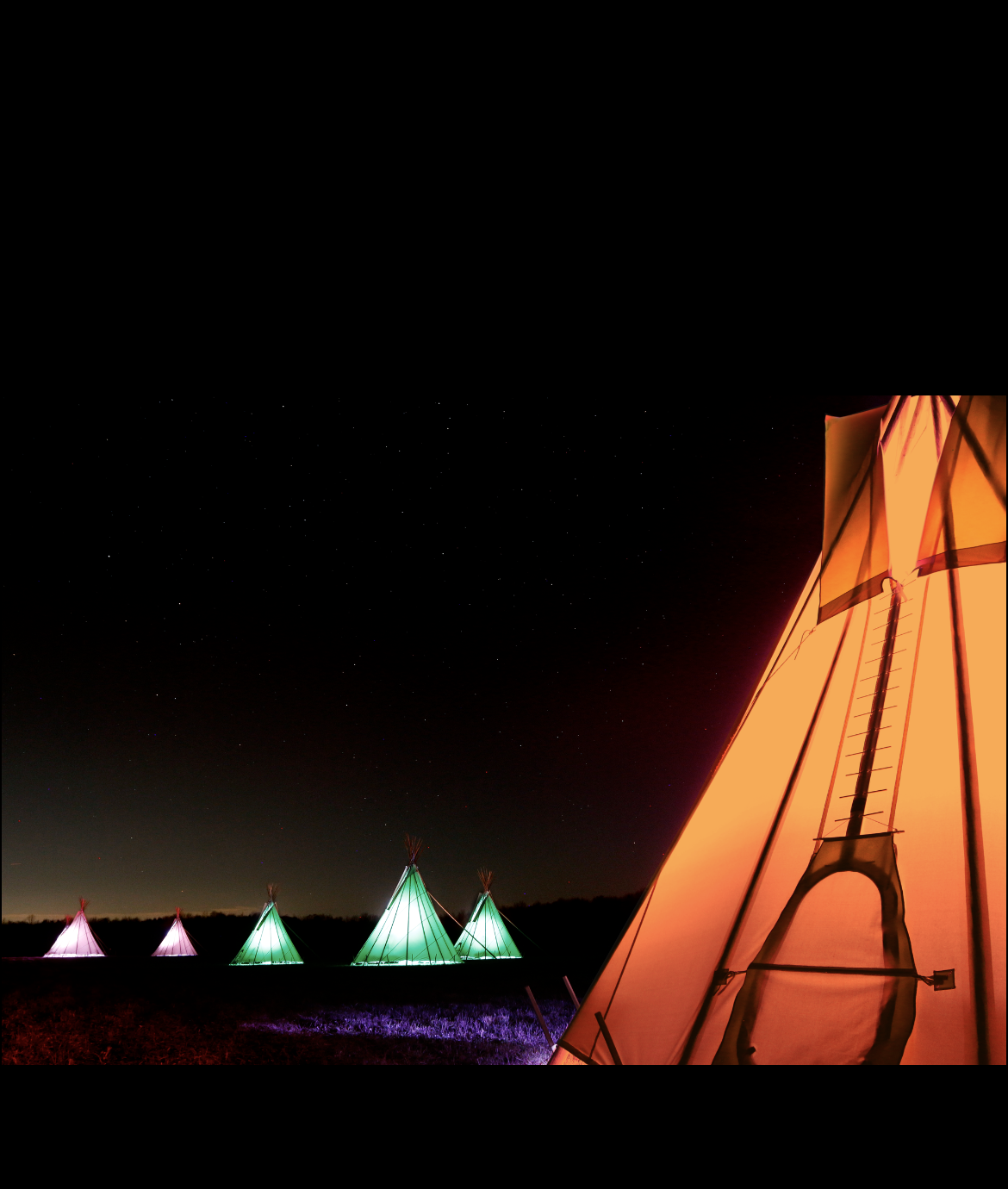 The Truth and Healing Commission on Indian Boarding School Policies Act  legislation has earned bipartisan support in the U.S. Senate and House of Representatives, and would establish a commission to investigate the ongoing impact of the forcible removal of Native children from their families to attend these schools and develop recommendations to address this impact, including repatriation of remains, federal resources to support healing, and discontinuation of the removal of Native children from their tribal communities.

This year’s Passage of Peace installation will share a message of hope and healing for individuals and families touched by these issues and offer a reminder of the importance of family and community for all. Those who live or work within or visit the Nation’s homelands during the holiday season are encouraged to learn more about the impact of boarding schools on Native people and the importance of establishing the Truth and Healing Commission to address it. The Passage of Peace will be illuminated on November 21 and remain lit throughout the holiday season.

Visit the Passage of Peace online at: PassageOfPeace.com