Home/History Profiles/Oneidas in the U.S. Military, 19th Century
Previous Next

As the fledgling United States, in its infancy, continued to build the framework of its government, Oneidas remained steadfast in their support of independence and freedom. At the turn of the 18th century, the young country, now with sixteen recognized states, was still under siege from foreign adversaries.

The British were still impeding many American liberties and rights through trade. With morale declining back in Great Britain as they fought in the Napoleonic Wars, the maritime power enacted harsher trade restrictions on the United States. This led to the War of 1812, which many consider the second war for independence for the Americans. President James Madison persuaded Congress to declare war on June 18, 1812.

President Madison received a letter from the Chiefs of the Oneida Indian Nation on September 11, 1813 that expressed the Oneidas’ strong support for their American allies. Similar to the Revolutionary War, the British employed many of their Indian allies to conduct raids on American strongholds, but it was the Oneida that helped the U.S. in a key battle to secure key ports along Lake Ontario.

“U.S. Navy Captain Melanchton T. Woolsey, an intelligent and resourceful officer, decided to make a dash along the south shore of Lake Ontario under the cover of darkness, hoping to avoid detection by British patrols out on the lake.

On May 28, 1814, Woolsey gathered 19 flat-bottomed bateaux loaded with 34 cannon and 10 ships cables beneath Oswego Falls, then ran the rapids to Oswego, arriving at sunset. Woolsey waited until nightfall to leave and rendezvoused with 130 Oneida Indians he arranged to meet with at the mouth of the Big Salmon River; they followed the convoy along shore until they reached McKee’s Landing, about two miles up the Big Sandy Creek and 30 miles east of Oswego (by the Route 3 Bridge). 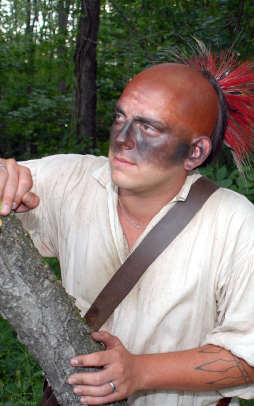 The British were unaware that the convoy was guarded by riflemen and that they were to be joined by Oneida warriors. The riflemen relieved exhausted bateaux men at the oars while indefatigable Oneidas trotted along shore through brush, woods, and natural obstacles, ready to protect the bateaux and their precious cargo if the British arrived and forced them to beach.

A group of Oneidas suddenly flushed from cover after a round of grapeshot tore up the brush around them; when his 68-pounder bow gun fouled, [British Captain Stephen] Popham tried to turn the gunboat around to fire its 24-pounder stern gun at the fleeing Oneida. But, the creek was too narrow for the maneuver.

At this moment, in the confusion on board the lead gunboat, [U.S. Major Daniel] Appling stood and fired his rifle to spring the ambush. Three hundred men rose from cover and fired rifles and muskets, catching the surprised British in the open; then, the Americans pressed forward and surrounded them.

In fifteen minutes the British lost 17 men killed and 47 wounded; the stern gunner was hit with seven musket balls and died instantly. Although they fought stubbornly, Popham, who was himself wounded, was forced to surrender his entire force.

Some sailors and marines tried to flee through the woods and swamps, but the Oneida ran them down and killed or captured them. American casualties were light, one rifleman and one Oneida later died of wounds.” Read the entire article here. 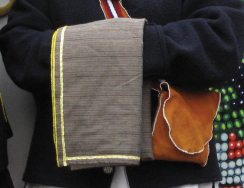 In the earliest years of the United States, members of the Haudenosaunee Confederacy had to endure brutal civil war as neutrality became an impossibility. But through those times, it was Haudenosaunee women who served and worked to stitch back the fabric of the Six Nations people. Records indicate several Haudenosaunee women served in the American military, and that continued into the 19th century.

“Dolly Schenandoah, an Oneida aged 29, enlisted for three-months’ service in June 1813, in the same regiment of Indian volunteers.”

“In the summer of 1812, the Onondagas in central New York, allied with the United States since the federal Treaty of Canandaigua of 1794, joined in with the Americans against the British. Sadly, Haudenosaunee from New York found themselves facing off against British-allied Haudenosaunee from the Six Nations Reserve in Ontario.”

Read the entire article to learn more about the Haudenosaunee women that served.

Oneidas have served in every military conflict since the founding of the United States. As the country braced for its own civil war in the 1850s and 60s, the Haudenosaunee were influential in the success of Union forces that abolished slavery; and as the Spanish-controlled colonies in the Caribbean began oppressing its citizens, Haudenosaunee members again backed U.S.-led efforts, and the eventual Spanish-American War, in their fight for freedom.

Click below to learn more about 19th century Oneida Veterans: 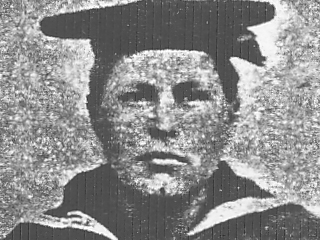