The date of Sept. 11 has the power to evoke strong emotions. For Tom Jones (Turtle Clan), the day has dual significance. On that date in 1989, the then 29-year-old joined the Army. Twelve years later, the events that transpired on 9/11/2001 – in New York City, Washington, DC, and Pennsylvania – resulted in his personal involvement in the war on terror.

“Three weeks after 9/11, I was in Kuwait and stayed for six months, then I went back to Germany where I was stationed,” said Tom, a chief warrant officer working in air defense. “In April of 2003, I was back to Kuwait and crossed over into Iraq. It was scorching hot in the middle of a sandstorm. It was horrendous – the sand can peel your skin off.”

A tech expert, Tom tested and fired five Patriot missiles successfully during the first Gulf War. The second time he was deployed to the region, he was stationed on the border between Kuwait and Saudi Arabia, where his united manned the sophisticated, computerized Patriots.

Tom works on the radar communications systems or, as he refers to them, “the eyes and ears. of the Patriot.” If the system should go down, he reports it and then another unit picks up his unit’s duties till they are functional again.

Aside from his tours in the Middle East and Europe, Tom also served 13 months in South Korea.

“In South Korea, if anything breaks down the Pentagon knows about it within three hours so you’d better get it fixed,” he said. “But I enjoyed Korea, saw a lot of sights, worked a lot and got to make a lot of decisions.” 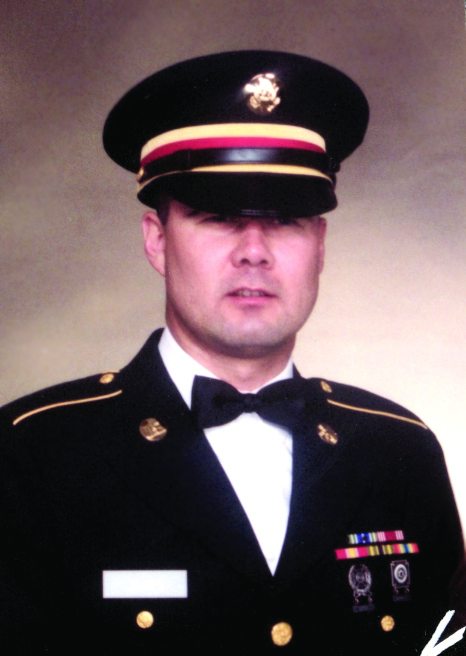 However, it was during his last tour in Germany when his unit won two of the prestigious Army Awards for Maintenance Excellence (AAME) for 2005 that makes Tom especially proud. He spent nine months writing 40 pages on his unit’s maintenance program that included how the program is followed and its operational rate. The award covered the 5th Corps Division Level and the European Command Level.

The AAME program recognizes units for improving and sustaining readiness according to the Army’s P.S. – the Preventive Maintenance Monthly. Units will report on mission accomplishments, the effective use of maintenance resources, innovative management actions, and quality of life programs.

“I ran the program and the unit receives the award,” said Tom. “It’s like a story book of the unit. We were ‘recommended’ to try for the award. I am very proud that we won.”

Fresh from this accomplishment and with his tour in Germany complete, Tom returned home to visit family before going on to his next station at Fort Bliss in El Paso, Texas. With only three years to go until his 20 years are up, Tom is debating his future. He said he may remain in the service a maximum of 22 years, based upon when he is selected for promotion. But once he is separated from the military permanently, he plans to earn his master’s degree in business or human resources. Long term, he’d like to move back to the Nation and build a log cabin big enough for his four kids, who range in age from 2 to 18 years old.

Building memories for his kids surrounded by family is one of Tom’s goals. His great-grandmother, Daisy La Fort (Turtle Clan), helped to raise him and his siblings while his mom, Roseanne, worked. So close does Tom feel to the memory of his great-grandmother that he carries her photo with him wherever he goes in the world. Moving home will help to form bonds such as this for his own children, he said.

When his Army career is behind him, Tom would like to enjoy a home of his own with a place to read. And although he used to enter the Boilermaker and other marathons, the last 17 years have taken the joy out of the sport.

“I used to like running, but the Army made me hate running,” said Tom. “Your whole idea changes when you’re forced to do it.”

Running, like the other rigors that coincide with military life, serves an important purpose, and Tom takes the responsibility for men under his auspices seriously.

“The new soldiers I see are pieces of clay, and I try to make sure they don’t die from mistakes,” he said. “When they succeed, you succeed – when they fail, you fail. That’s what the Army does, it builds you up. There are no individuals, only teams. They remold you. I have no regrets about my choice to enter the Army except that I missed time with my kids and family.”

A regret Tom plans to remedy when he finally comes home to stay.

A version of this story first appeared in The Oneida, Issue 9, Vol. 9 in November 2006